Robert grew up making things in the woods of Alabama and helping his Dad on jobsites around the state.  Since beginning his architectural studies at Auburn University twenty five years ago, his diverse design and building experience has centered on material experimentation, building systems and well-crafted details. He has an intuitive design sense, a sophisticated understanding of construction processes, and exacting quality control standards, making him an invaluable leader through all phases of a project.  Prior to founding Thoughtbarn, Robert worked in the offices of Baldridge Architects in Austin, Adjaye Associates in London and Roth + Sheppard in Denver, and was a lead research member for the Plastics in Architecture project conducted by current Kieran Timberlake Research Group director Billie Faircloth. He was also a founding partner of BBIITT (Building Integrating Technology), a digital fabrication consultancy that collaborated with other design firms to create products, furniture and small scale works. Robert has taught graduate and undergraduate studios at the University of Texas School of Architecture and is a regular visiting critic.

Originally from the UK, Lucy’s stateside experiences span from a small town in rural Alabama (at the Rural Studio) to the West Coast (grad school at Berkeley) to over a decade in Austin running Thoughtbarn along with her husband Robert Gay.  Their work focuses on architecture and public art projects that synthesize an economy of means with inventive material strategies and a responsiveness to social and environmental context.  A skilled communicator and organizer, she has a passion for delivering project excellence within complex urban settings and in fusing design practice with public interest and advocacy work.  She attended the Outreach Program at Auburn University's renowned Rural Studio in Alabama and was awarded the Branner Travelling Fellowship from UC Berkeley, which enabled her to spend a year working with architects around the globe innovating with participatory design methods.  Lucy was the recipient of the 2020 AIA Austin Emerging Professional Award and currently serves on the Publications Committee of Texas Architect magazine and the board of Civic Arts, a non-profit which integrates the arts and culture into community planning.  She lives with Robert and their two kids on a small lot in East Austin and is a champion of land use reform in the city that would allow more families to do the same.

This 2500sf house is nestled within a grove of heritage live oak trees on a 3/4 acre lot in the Barton Hills neighborhood of Austin, TX. Our clients wanted to build a house that respected the mid-century character of the neighborhood, while pursuing a bold and contemporary approach to design. The outcome is a project which creates strong, unexpected connections between indoors and out, with an angular roof form and black vertical siding that simultaneously camouflage and contrast the house with its leafy natural surroundings.

Initially conceived as a renovation project, the footprint closely mirrors the idiosyncratic H-shaped plan of the original house, which 'grandfathered in' certain areas of the trees' critical root zones, permitting them to be built over.  The new plan creates a clear logic with a 'public' wing (containing kitchen, dining, media room and screened porch), a 'private' wing (of bedrooms and bathrooms) and a living room bridging between the two.

The exterior is clad in a common fiber-cement 'board and batten' siding.  Painted black, with the battens multiplied in a dense, vertical pattern, the siding takes on artful 'forest-like' qualities. The front porch and carport soffit are clad in a stained pine, providing a warm counterpoint to the starkness of the black exterior. Buried at the center of the house is a bathroom unexpectedly bathed in natural light from a skylight overhead.  The light cascading down the white, textured tile creates the feeling of an 'inner sanctum', a retreat from the exuberant embrace of the outdoors across the rest of the house.

Connect with Robert and Lucy: 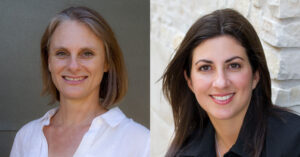 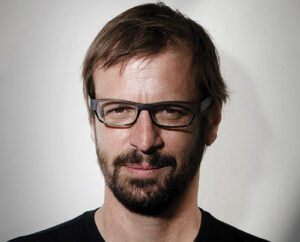 At Baldridge Architects, our practice is predicated on the basic belief that well-designed space can aspire to loftier goals than the mere provision of shelter END_OF_DOCUMENT_TOKEN_TO_BE_REPLACED 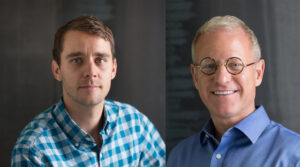 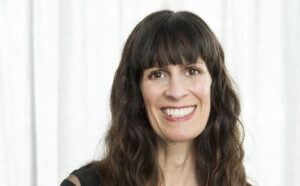 This episode we’re joined by Ingrid Spencer, Executive Director of AIA Austin.Every year for 33 years, AIA Austin has produced what has become a nationally-recognized END_OF_DOCUMENT_TOKEN_TO_BE_REPLACED 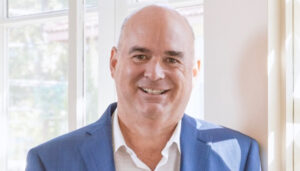 Today on TALKdesign I'm joined by Hugh Jefferson Randolph from Austin, Texas.Hugh has been a guest on TALKdesign earlier this year where he discussed his END_OF_DOCUMENT_TOKEN_TO_BE_REPLACED

This episode we’re joined by the husband and wife team of Ernesto Cragnolino and Krista Whitson, architects featured on the AIA Austin Homes Tour 2020.With END_OF_DOCUMENT_TOKEN_TO_BE_REPLACED 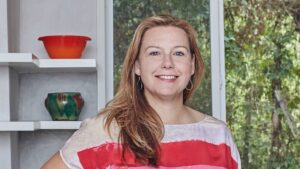 This episode we’re joined by Nicole Blair, one of the architects featured on the AIA Austin Homes Tour 2020.Nicole Blair was born in Austin, Texas, END_OF_DOCUMENT_TOKEN_TO_BE_REPLACED 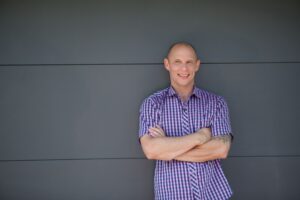 This episode we’re joined by Mark Odom of Austin Texas, one of the architects featured on the AIA Austin Homes Tour 2020.Mark moved to Austin END_OF_DOCUMENT_TOKEN_TO_BE_REPLACED 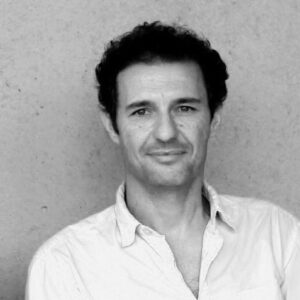 This week we’re joined by Charles Di Piazza of Austin Texas, one of the architects featured on the AIA Austin Homes Tour 2020.Prior to founding END_OF_DOCUMENT_TOKEN_TO_BE_REPLACED